Meet our second new Red’s Specials-series; ‘Classic Crush’. We love fancy, modern motorcycles, but we’ve got a secret crush for classic bikes as well. With our racy preference, it won’t come as a surprise that most of them are classic sport bikes. But you’ll find other vintage motorcycles in this series as well. First up; the Honda VFR750R RC30.

The name ‘VFR’ probably makes you think of the sport tour bike. The Honda VFR750 is the less
racy version. Funny how it works in the motorcycle world. Just put an ‘R’ behind it and it suddenly
become a true racing machine. Nowadays, we’ve got bikes like the Honda CBR1000RR-R. Triple R, imagine how racy that one must be.

Honda developed the iconic VFR70R RC30 following the homologation regulations of the World Superbike Championship of 1987. A good year! We are building a certain Yamaha ourselves that was build in that year too. Following the introduction of the RC30 in 1987, the bike won the World Superbike trophy with Fred Merkel in both 1988 and 1989.

AND THE FAMOUS RACE

Also in the Isle of Man TT races the Honda RC30 proved to be successful. This time in the hands of riders like Joey Dunlop, Freddy Spencer, Phillip McCallen, Carl Fogarty and Steve Hislop. The latter even achieved the first ever 120mph lap on the TT course with the Honda VFR750R RC30.

The Honda VFR750R RC30 was high tech for that age. It was loaded with advanced racing technology. It was designed with just one goal in mind; to win on the track. About 3.000 road legal
units were sold to customers around the world. Just enough to satisfy the homologation rules for
the World Superbike Championship.

Most of them ended up where they were made for; on track. Approximately 25% of the bikes are thought to still exist as road legal bikes, whether they still run or not. And it has become one of the most desirable bikes to own for collectors and racers. If you find one of the around 750 road bikes that are left – and it is in splendid condition – then the price is quite high. You’ll pay around €29.500 to €47.000, depending on the condition it is in, of course.

The first 1.000 Honda VFR750R RC30’s were released in Japan in 1988. It sold out almost immediately, despite the fact that it cost almost twice the amount of the Suzuki GSX-R. Interesting fact; the Japanese regulations differed from the European and American ones. So the RC30 that was released in Japan was restricted to 77 bhp.

Later on, the bike also got released in Europe, followed by America in 1990. For Europe and America, the bike ran with the full 112 bhp.

The authorities behind the World Superbike Championship changed the rules in 1988. As a result track-only bikes were no longer allowed to enter the championship. So a manufacturer had to create a road legal version of their race bike to be able to enter.

This gave a huge technological boost to production bikes. Road bikes were built to a higher specifications, since the corresponding race bike had to be competitive on track (albeit with a few allowed changes).

AND A SINGLE SIDED SWINGARM

Nowadays, Honda is well know for its in-line four-cylinder engines. But the Honda VFR750R RC30 hosts a very different thing. Inside, there is a 90 degrees 748 cc V4 engine with 16 valves. The gear driven double overhead cams produce a very decent 112 bhp @ 11.000 rpm.

The single sided swingarm was sourced from the Elf-Honda endurance racer. It has both the sprocket and disc brake mounted on the left side. The big advantage of using this technique? It allows super fast wheel changes. The system works as a quick release system, since you don’t need to remove the chain to change the wheel. Ideal for on track.

Everything in the Honda VFR750R shows that this bike was made for the track first, and for road second.

In 1992, some changes were made to let the engine produce a solid 118 bhp. Also a few different colourways have passed the revue, among which some limited editions. The Honda VFR750R RC30 eventually got replaced by the VFR800R. With that change, the racing roots disappeared mostly. And it became a touring bike.

Oh and did you know the Honda VFR750R RC30 has a little brother? In the shapes of the Honda NC30. This 400cc bike has very similar looks and quite a lot of corresponding technique to the RC30.

Classic motorcycles tend to increase in value over the year. Not all of them, but certain models tend to. The Honda RC30 certainly did. An American 1990 Honda VFR750R RC30 in mint condition with only 16 miles on the odometer was sold for 92.000 dollar, back in 2018.

In the last two years alone, the RC30 has doubled in value. And there are no indications that foretell a decline in worth. Looking for a bike to restore and lucky enough to get your hands on a RC30? Then do so. It could prove to be a solid investment.

Honda cares about its history. The brand is proud of its classic motorcycles and values their history, past victories and the emotion that comes with those bikes. So they started the ‘Honda Refresh Plan’. This service provides specialised parts at certified dealers for Honda’s classic motorcycles.

It is available to owners of specific classic Honda machines. Genuine motorcycle parts are remanufactured to keep the old beauties up and running. Not much of a restorer yourself? But want a beat up or incomplete RC30 to be restored anyway? Then Honda also offers the option to let it get restored by a skilled Honda mechanic. No matter what you think about the brand, they do care about their legacy.

The Honda VFR750R RC80 is a beautiful classic sport bike. It came out as one of Honda’s
best inventions ever and rose to an insane level of popularity. And rightfully so. The RC30 was very successful in the one thing it was made for; racing. This road legal racing machine was made with track priorities. And people loved the RC30 for it. They still do, actually!

Want to collect one? Then that’s no easy task, since there are only a few of them left. And the prices go up every year. Not such a crazy investment. Definitely one of the best looking investments one could acquire! So it rightfully takes its place in our Classic Crush-series. 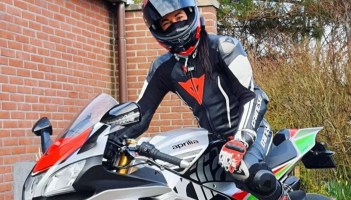 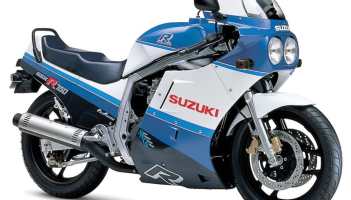