Feeling insecure on the bike. What to do?

Sadly, I see it a lot; insecure riders. Especially we ladies seem to have a habit of feeling insecure on the bike. And there is often no need to. Yet many of us are feeling insecure while riding a motorcycle. I did too, at first. What to do?! Let’s get to the bottom of it.

It starts by understanding why you feel insecure on the bike. Does it feel like your bike is too heavy? Does it intimidate you because it is a powerful bike? Can you hardly reach the ground when you sit on it? Do you find it hard to assess risks in traffic? Or to assess turns and how to ride them?

FEELING INSECURE ON THE BIKE

Are you afraid of dropping your bike? Of even worse; to crash? When you know what is causing the insecurity, it is – obviously – way easier to tackle that insecurity. Do you find all of the above to be contributing factors to feeling insecure on the bike? Then people often shout ” You’d better stop riding in general!”. And yes, that would be the quickest solution. But you didn’t start riding a motorcycle just to quit when it gets tough.

WHEN YOU CAN SOLVE THEM

A lots of ‘problems’ you encounter while riding a motorcycle often aren’t problems at all. Why? Because problems are only problems when you can not solve the issue. And most of the issues stated above are perfectly solvabel. So look at you! All problemless!

SCARED TO DROP YOUR BIKE

Does it feel like your bike is too heavy? And does that make you feel insecure while riding it? Then analyze why it makes you feel that way. Are you scared of dropping it and not being able to pick it back up? No need to worry. There are lots of tricks to learn to be able to get it back upright. It might require some practice. And I understand you don’t want to lay it down just to practise the tricks.

Check whether you have something else laying around that resembles the weight of your bike. Or create the right circumstances under which you can practise with your own motorcycle. Practise on the grass. Lay down a few old blankets for your bike to rest on. Ask someone to practise it with you so you won’t be alone in case you don’t manage to get it back up yet. And train those legs and lower back! Most strength will come from your legs and back when picking your bike back up. Practise, practise, practise. You will notice the insecurity fading away.

And I know it is cliche, but the fear of dropping your bike also gets less after the first time you actually drop it. And yes, it hurts when your bike falls down. I do not want to drop my new bike too. And I didn’t want to drop my previous bike either. It didn’t matter that it was an older bike. I loved it like it was brand new.

IT WILL FALL ONE DAY

AND PLAYING WITH THE POWER

And still, there it went. It fell over when I didn’t properly kick the side stand out. Such a classic scene. It did hurt. Like crazy. My heart broke for a second. But after the necessary grumbling, my teary eyes started to dry. And the pain started to fade. And it did hurt less when I dropped the bike for the second time when not paying enough attention trying to park. I mumbled some profanity and let it rest.

Yes, it sucks.  But no, it is not the end of the world. Easier said than accepted, I know. But trust me, it will hurt less after the first time you drop your beloved baby.

Does your bike have lots of power and does it intimidate you? Then you might wonder whether you have picked the right motorcycle for yourself. Let me stop you there. If this is your dream bike, then it is your dream bike. Give yourself some time to get used to it. Don’t immediately wave the white flag when you’ve had a little ‘whoopsie’. Take a friend with you when you go for a ride. One that has the patience to let you figure it all out

Take your time to get used to the throttle respons. And feel how it brakes. Brake softly, brake hard. Try to dose it all. Get used to its performances and take the needed time to do so. One might get used to a motorcycle in no time. Others need more time. I needed six months to get used to my Suzuki GSXR, which was my first bike. And to me, it felt like it had a crazy amount of power at first. Don’t let anyone tell you otherwise.

I’ve heard it so many times. “That Suzuki? Lots of power? Don’t be silly. It’s slow.” But it felt to me like it did. So it was powerful. ‘Cause you are the one riding that bike. And you feel what you feel. Not anyone else. Can’t you get used to it? Even after miles of riding? Then you can always trade it for a smaller or less powerful bike. But don’t put that dream bike aside just yet. 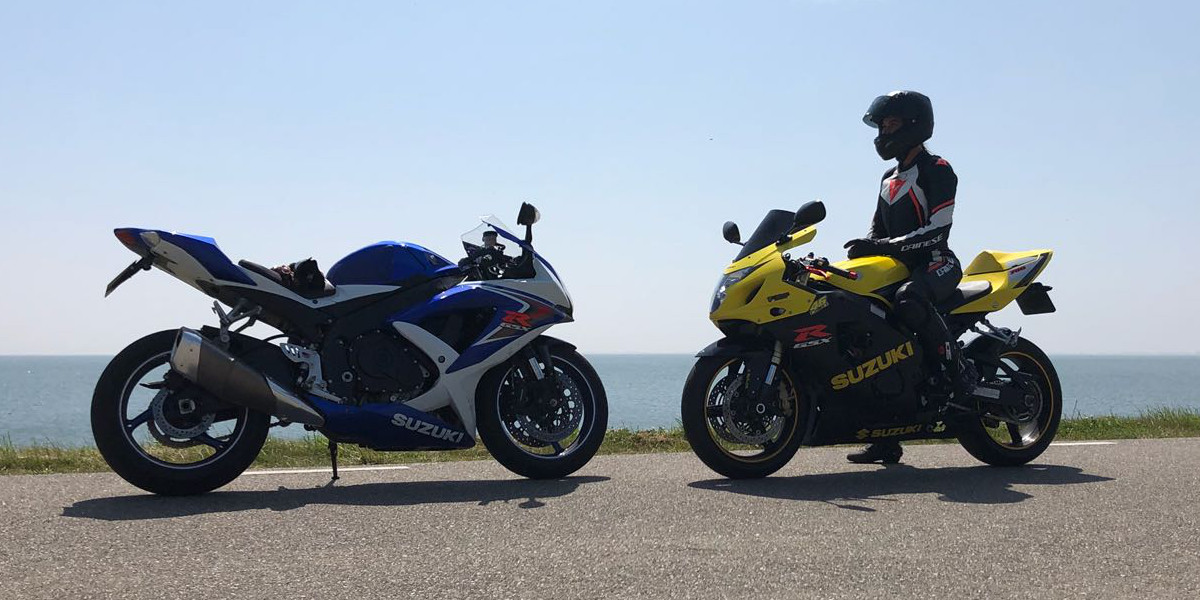 FEELING INSECURE ON A TALL BIKE

Is your bike a bit heigh for you? Can you hardly reach the ground when you sit on it? Or not at all? And does that tall bike make you insecure? That is something you can do something about, luckily. These days, there are lots of options to lower a motorcycle. You could do something with the suspension. Or change the seat. You could even search for a different tail fairing to lower it a bit.

Of course, you don’t have to do it all yourself. You could! It might even add to your motorcycle knowledge and trust. But no one expects you to fix things like these yourself. So you could also take this issue to a garage or motorcycle shop. They will be happy to help.

Not willing to change anything about your motorcycle? Don’t worry. There are lots of tips and tricks to learn, about how to ride a big motorcycle as a tiny woman. Are you a bit nervous about tackling this issue on your own? And do riders around you not understand the issue? Then feel free to ask for help! I’ll be happy to help as well.

ON YOUR OWN PACE

Feeling insecure on the bike because you have a hard time assessing risks can honestly only be overcome by riding. Lots of riding. Practise, practise, practise. My biggest tip; find yourself a buddy who rides as well – like I have said before – and preferably find one who is patient enough to let you ride your own pace. Then you won’t be alone when something happens. This works so well!

MAKING MILES WITH YOUR BUDDY

AND FEEL LESS INSECURE ON THE BIKE

Can’t find a victim to drag around with you? Then go riding on your own. Just take that step. Get on your bike and ride. Share your live location with someone through the GPS on your phone and ask that person to check it every now and then. This gives you a better feeling while you are on the bike.

Find a route that you are familiar with. For example because you ride it to go to work or do groceries. Or because you have ridden that route with a push bike (as long as it is still sort of legal to ride there with a motorcycle of course..). Create a route you feel familiar with and slowly build trust in your own riding skills. Expand the route bit by bit to confront yourself with new situations. Everything on your own terms and pace.

Again; ride your own pace. I really get it. You might feel bothered when you ride with a group, because you don’t want to hold them up. But that is also a part of riding a motorcycle. I did that too. And another golden tip; invest in a communication system like a Cardo Freecom to install into your helmet. This way you can still communicate with each other when you ride with others.

It really helped my when I still felt insecure on the bike. My riding buddy – with the patience of an angel – and I both had a communication system installed in our helmets. Whenever I fell back I used to shout “I’m coming, no worries!” through the system. This way he knew I was still going strong, even though he lost me out of sight because I was that slow. I just cruised behind him on my own pace.

RIDING MOTORCYCLES IS NO TEAM SPORT

Feeling insecure on the bike was a big thing for me as well. Especially when riding on track. While I am perfectly capable of riding around on my own, so there was no need to feel that way. After two years of practice on track, I still mostly rode around in an instruction group. Because I always told myself ” I wasn’t fast enough to ride in the ‘free riding’ group”.

We women always seem to underestimate ourselves. “I will get in the way!”, “I will hold them up” and “But I am slow!” I said (and still say sometimes). My insecurity got in the way of making real progress. Until one of my instructors – Henk – said something to me that stuck with me ever since;

“Riding motorcycles is no team sport.”

And that is so true, when you think about it. We are not talking about riding endurance competitions and stuff here. For us – the average motorcyclist – riding motorcycles is no team sport. Yes, you have to mind one another when riding in groups. But you don’t ride for someone else. 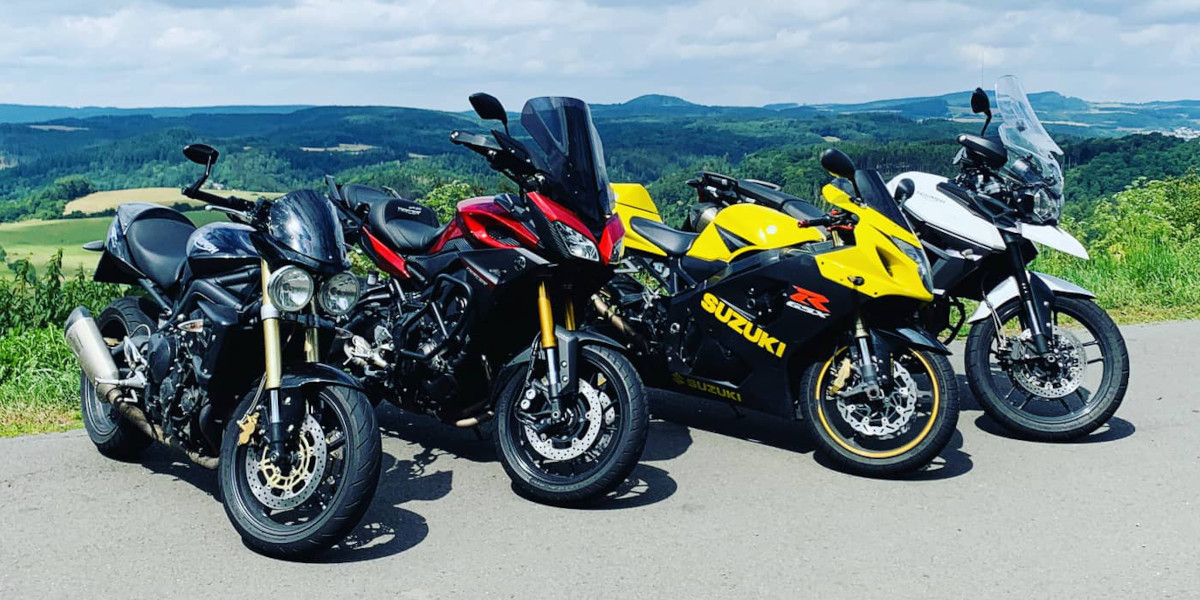 It is not your problem when you ride a bit slower than others. It is their problem. He or she can pass you whenever it is safe to do so. Or just manage their patience and deal with it. Also when it takes you a bit of time to manoeuvre your big bike because you’re a bit nervous.

We all started riding bikes at some point. And most of us aren’t gifted riders from birth. We have to learn. So take that ego of yours and let it show. Just keep riding your own pace. Take the time you need to handle that bike of yours. Be in their way and hold them up. You ride for you. To have fun yourself. A quicker pace and those handy tricks will come whenever you are ready. Or not. That’s totally fine too. Just keep riding. 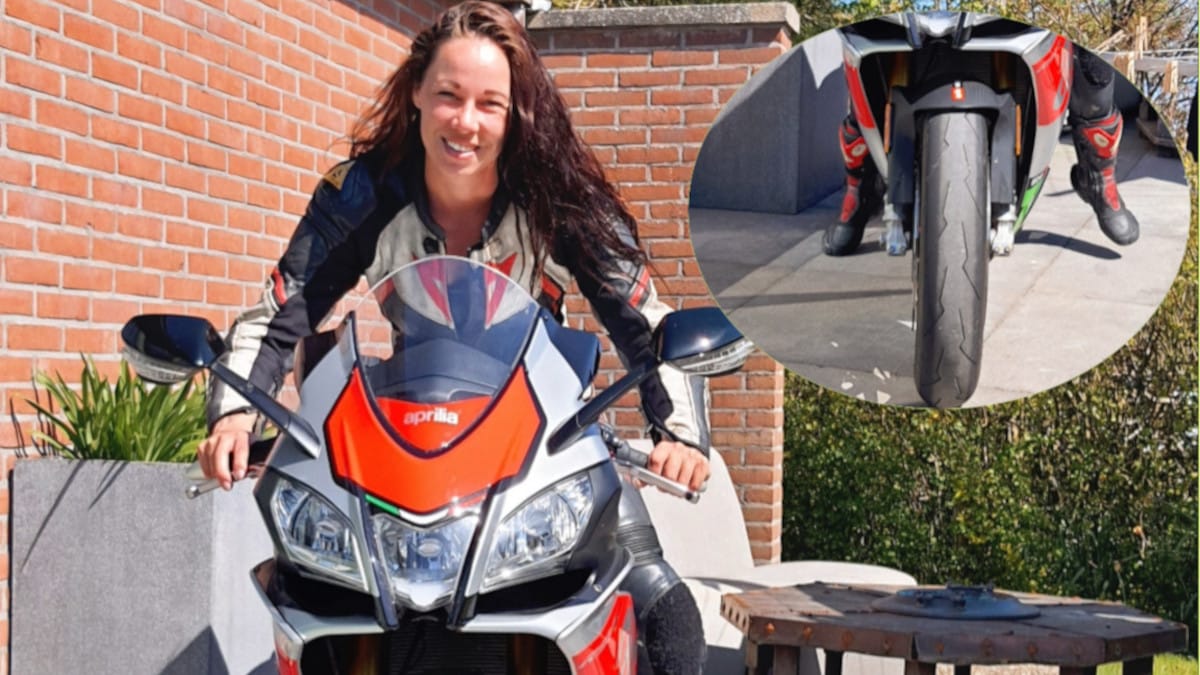 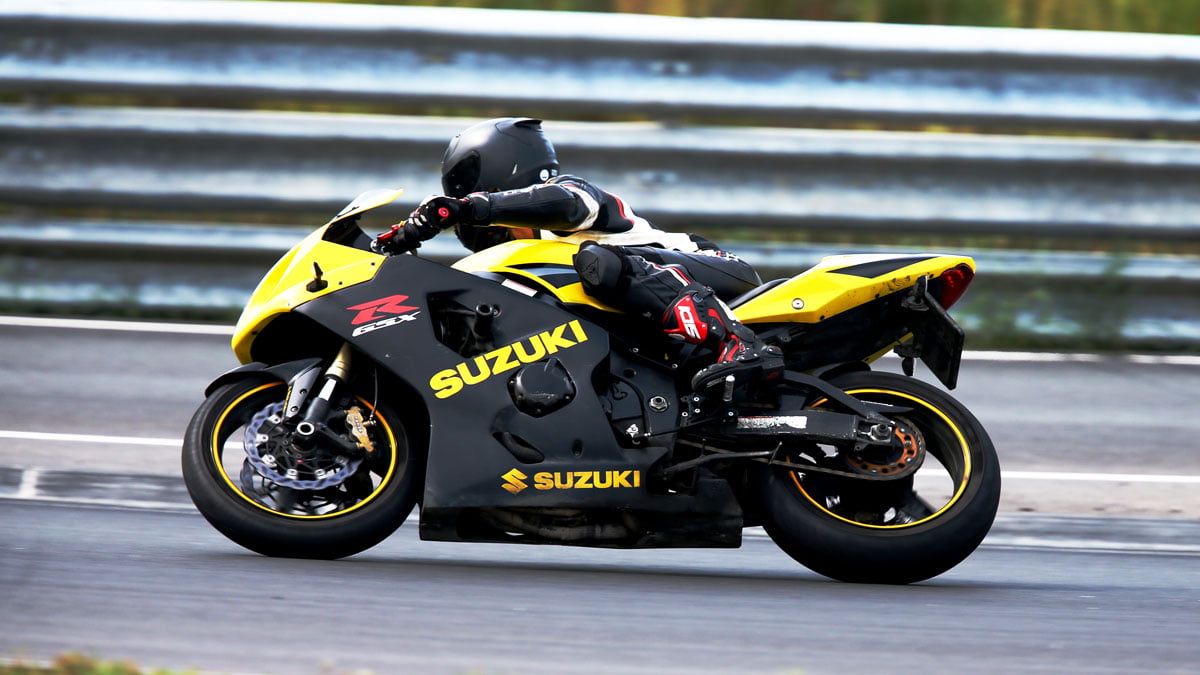 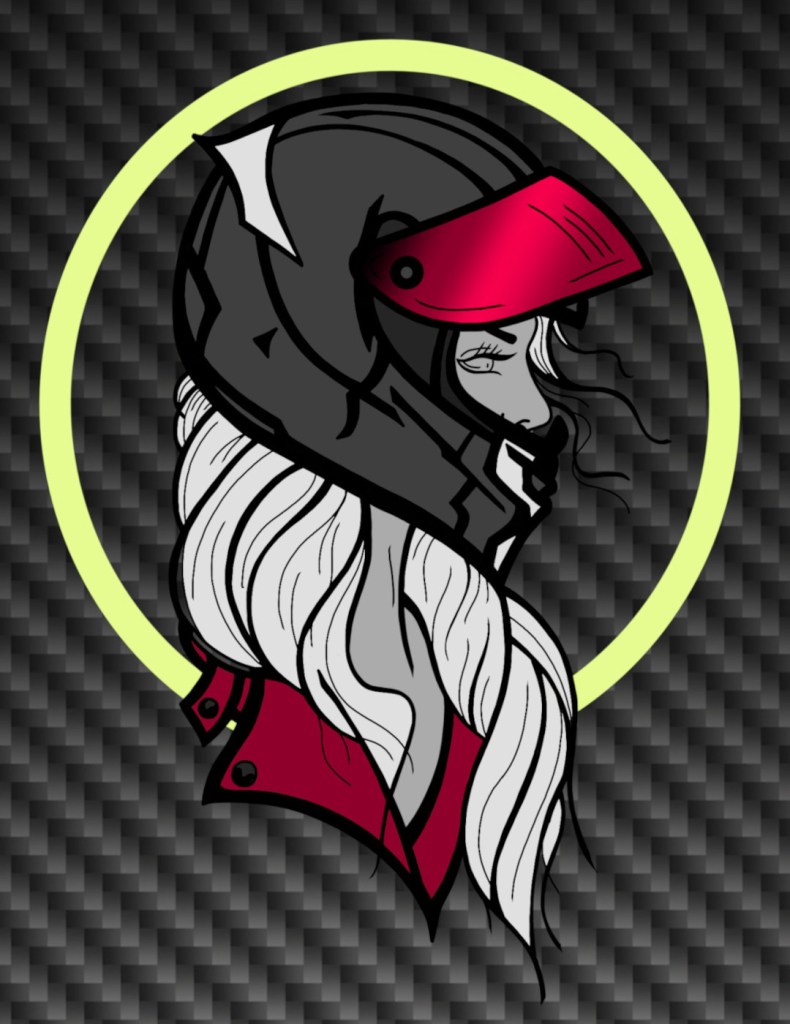